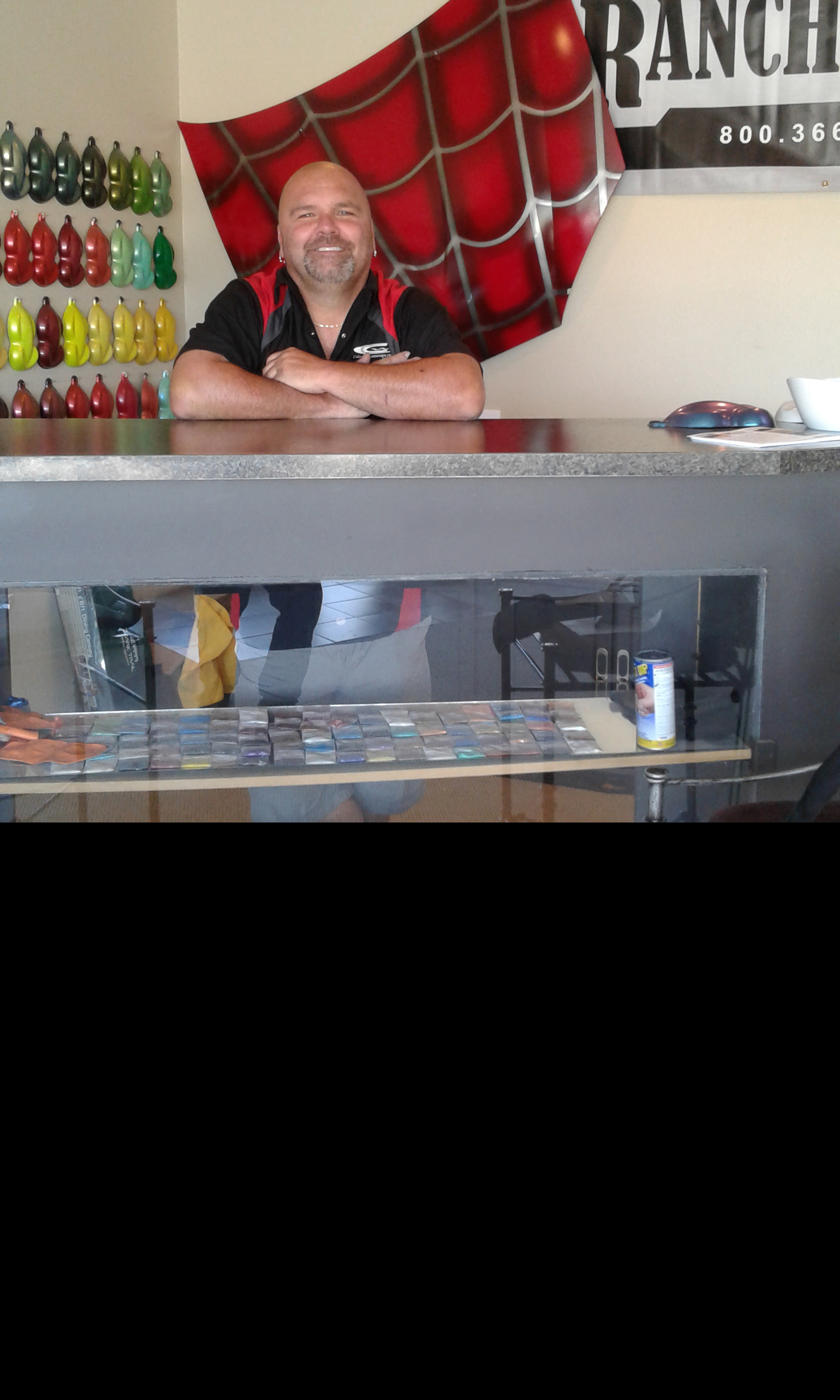 I met up with Mr. Matt Biereichel and went over his business, ‘Colorado Custom Wraps’. The business itself is tucked away off of Platte past Powers. He deals mostly with car wrapping, he is enthused with the whole process and you can tell he enjoys his work. At the very entrance to the shop you can see all kinds of different colors that emulates his options. With a very welcoming attitude and a cheery smile, we began to look over the shop and see the current project he had with a contract with some business that ironically was not cars, but looked like a group of shelves of some sort. The color and the texture looked immaculate, there was no way I could tell that it wasn’t machine fabricated by the professional detail that had been applied. “We are expanding very soon” said Matt as he was explaining that there was just not enough room for him to handle the project he would like to handle. He began explaining that he has customers all the way from Arizona, and New Mexico that come all the way up just to have him and his work! We went to the front and I began to ask him some questions about his business:

1) What made you want to start this business? “I was in a business I didn’t care for… I sat on Youtube for days trying to discover what I wanted to do next with my life and business, and I came across this, so I sold my last business and opened this one up!”

2) What was the toughest part about opening? “The money, It cost a whole lot more then I expected. There was times I thought ‘we aren’t going to make it” -What brought you out of that? “I think it was the popularity of this, we been in business 14 months and already have 6,400 followers. We were doing cars for free just for free publicity; before we started I practiced on friend’s cars to just get the word out and practice in.”

3) You said you were expanding. When did you plan on getting bigger? “Our goal is at most 6 months from now, in beginning of 2017”

4) If you had to start over from day 1 would you have done anything different? “You know… no, I don’t think I would have…we aren’t that far away from day 1, sure I didn’t do ‘everything’ right, but I think I did a pretty good job.”

5) How many employees do you have? What is the potential here? Currently I have a part timer, and three more lined up when we expand; We are hoping for 5 or 6 members of staff after a year.”

6) What is the hardest part about being a business owner in 2016? “Taxes.. get behind on your taxes and then its only a matter of time.” Death and taxes: the only guarantee in life, huh? – I chimed in “That’s right” he replied.

7) What’s the #1 way you bring in customers? “Facebook, I get a majority of my clients from Facebook. We went to an event called ‘attack on the strip’ and believe it or not most of my clients are around my age; and someone had told me that the reason for that is because I am on Facebook. They said if I wanted to target the younger crowd I would have to go to Instagram and Twitter.”

8) If a customer had to choose between you and three other business, why should they go with you before trying out the others?

“Well the price alone should speak for itself, but… I don’t know…I wouldn’t beg anyone to come here, our liquid wraps are just as good, if not better then any vinyl wrap. And the liquid wraps last from 5 – 7 years, and vinyl dries and cracks eventually. Your comparing apples to oranges with liquid wraps compared to vinyl for the most part of the price, but the ease of application is unmatched.”

9) Has the internet played the biggest role in your business as it becomes more prevalent? “Absolutely, if it wasn’t for the internet and social media I would probably not have made it; I spend a lot of money on my Facebook, if you don’t pay then no one will see it, Y’know?”

Eventually, Matt wants Colorado Custom Wraps to be your one stop shop for all your vehicle needs, he expects to have the one stop shop goal completed within 3 years. He loves his job and his very hands on, “it is hard, (to trust someone with your business is a big jump, and not many people really step up if they see this as a job and they don’t see the vision or have the passion; I eventually want to trust more people with different jobs aspects, but) “when it comes to liquid wraps though, that’s my baby.” If you or anyone wants to get a new look on their vehicle, then Matt is the guy to talk to; “bring it in you’ll love it when we are done!” To reach Matt you can call him at:

he suggests that anyone with a new or old car should come in and get it wrapped just, because not only does it make it look fantastic, it protects the paint job underneath! his shop is located at: 7215 E U.S. Hwy 24 #150, Colorado Springs, CO 80915 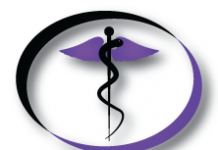 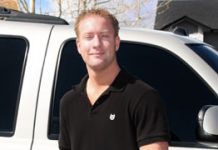